Today we learned about the fantastic work undertaken by Disaster Tech Lab (“DTL”) providing infrastructure in and around the refugee camps to enable both volunteers and refugees with wifi. It may not sound as critical as shelter, food and clothing but without it, the success of the entire initiative is at risk. The team deserve a much bigger write up, which we intend to do next, but first we wanted to share with you our experiences inside Camp Moria, on the eastern coast of Lesvos. Yesterday the lovely ladies in Camp Pikpa, who amongst other things cook the meals for Camp Moria referred to Moria as “hell”. Having visited there today I now understand why.

Moria is a camp of two halves, there is an old established refugee detention centre, which looks like something straight out of Nazi Germany. Syrian families are processed and provided an immediate right to stay (time limited) and housed in the blocks. Outside however “everyone else” fends for themselves on Afghan Hill, a steep rocky patch of earth where donated tents provide the only shelter for men, women and children.

The volunteers on the ground advised us that until just a few weeks ago Afghan Hill had no infrastructure at all, meaning the refugees had no food supply, no electricity supply, no shelter (this remains the case) and no latrine facilities. The resulting effect of people having to defecate in the same area that they live is sickness and a complete loss of dignity. Most countries have animal rights which are more robust than that evident on Afghan Hill. The segregation of “others” is fundamentally barbaric, given less than a few kilometres away the camp at Kara Tepe (reserved for Syrian Families) is equipped with actual shelters and is entirely empty. Whilst occupancy levels fluctuate it makes no sense to have these resources lying idle.

Rows of shelters for Syrian families at Kara Tepe stand empty whilst up the road families of other nationalities are forced to live in complete squalor at Afghan Hill.

Facilities include a clothing tent, tea tent, food distribution centre and an art tent. We dropped off a batch of supplies for the art tent, which provides some distraction for the children on site. The art tent “manager”, who due to extreme hardship in his own life recently resided in a tent on site which his wife and two children, 6 and 3 months.  He told us of the images being portrayed in the children’s drawings – some of which depicted such scenes of terror he has removed them from the tent.

Despite their circumstances I was taken aback by how easily these people engaged, when you catch their eye with a smile they smile right back and ask how you are doing. They were happy to have their photos taken, even asking for us to pose with them for selfies. Saying goodbye they gave me a nod and a tap on the heart. I’m not sure my heart will ever be quite the same when I comtemplate the world we live in and how we have been so quick to disregard the basic human rights of these people. 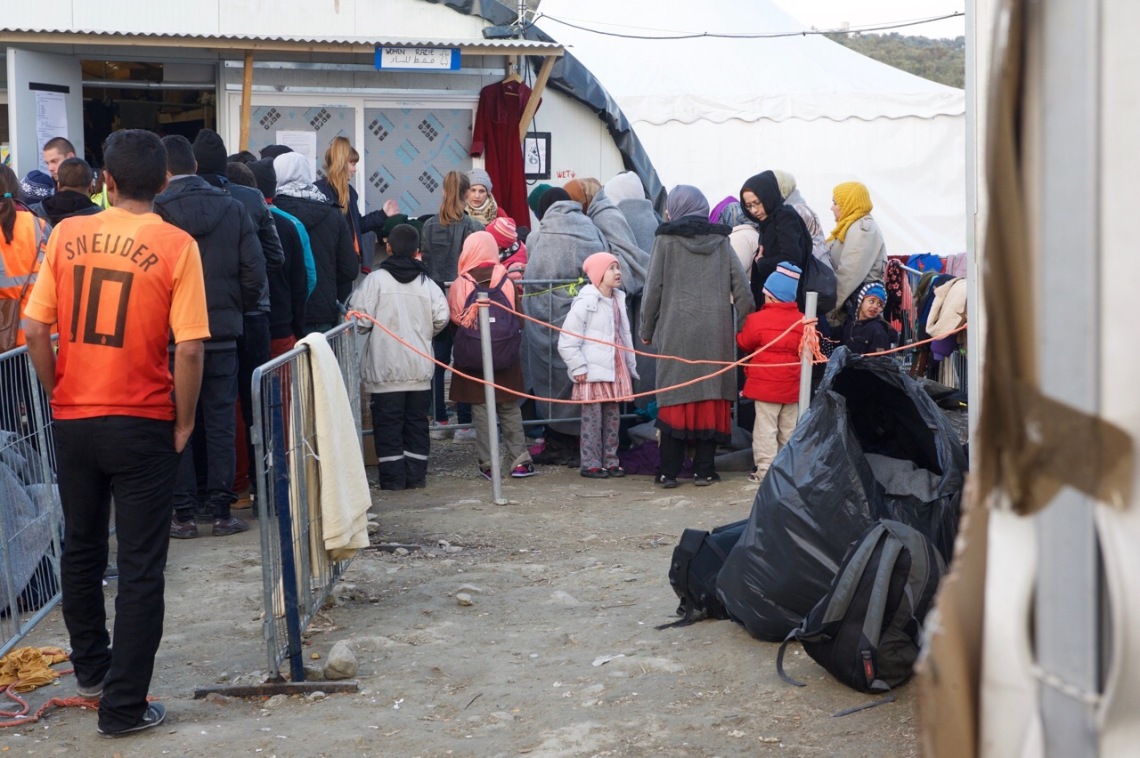 As we prepared to leave the refugees had started their nightly ritual of lighting fires, to provide both light and heat. Thankfully it was dry but when the weather worsens they will be drowning in mud.